Even though many people believe that the “evil stepmother” stories are something that only happens in fairy tales, these stories are very real, and they occur in real life, too.

This is the story of a stepmother that faced major backlash for treating her stepchild the way she did after she asked a Facebook group to edit her stepson of the family photos after the family had a photoshoot. She added that she loves him, though.
The internet, expectedly, was outraged by her demands, and many people shared the story about the “evil stepmom”.

Bored Panda managed to reach out to the child’s biological mother and ask her about her first reaction when she saw the story online, and she said that she was pissed at first, because she had to find out from her youngest son’s grandma, who saw it on the stepmom’s Facebook page. The post was posted a week ago, and the biological mom claims that she wasn’t informed on the situation by the stepmom or the father. 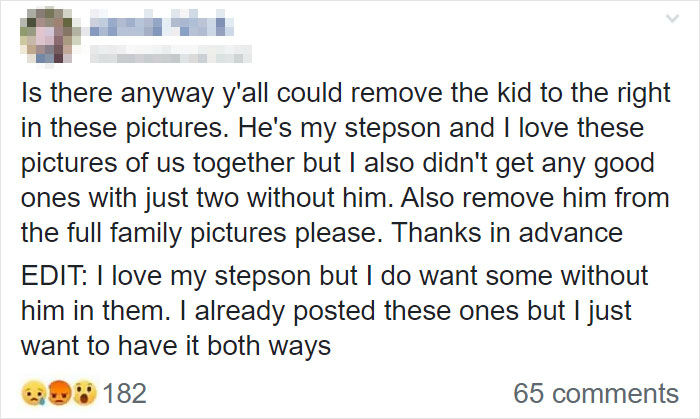 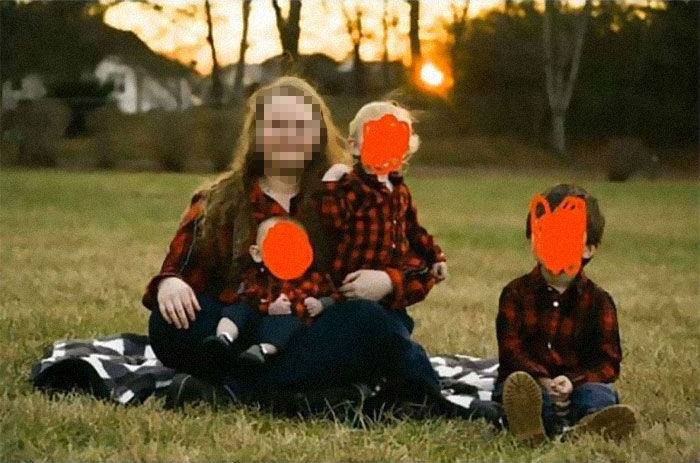 This is what the biological mother of the child told Bored Panda: 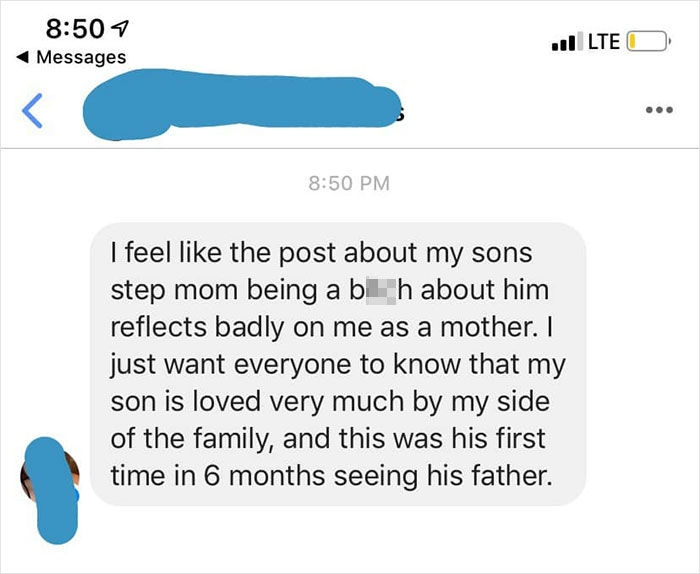 She revealed that she didn’t know about the situation, and the stepmom didn’t try to apologize until after she had called her son’s grandma, asking if she knew. She was amazed by the internet’s reactions, though, and she doesn’t know what she will do next.

This is what the stepmom said after the story was surfaced the internet and the news: 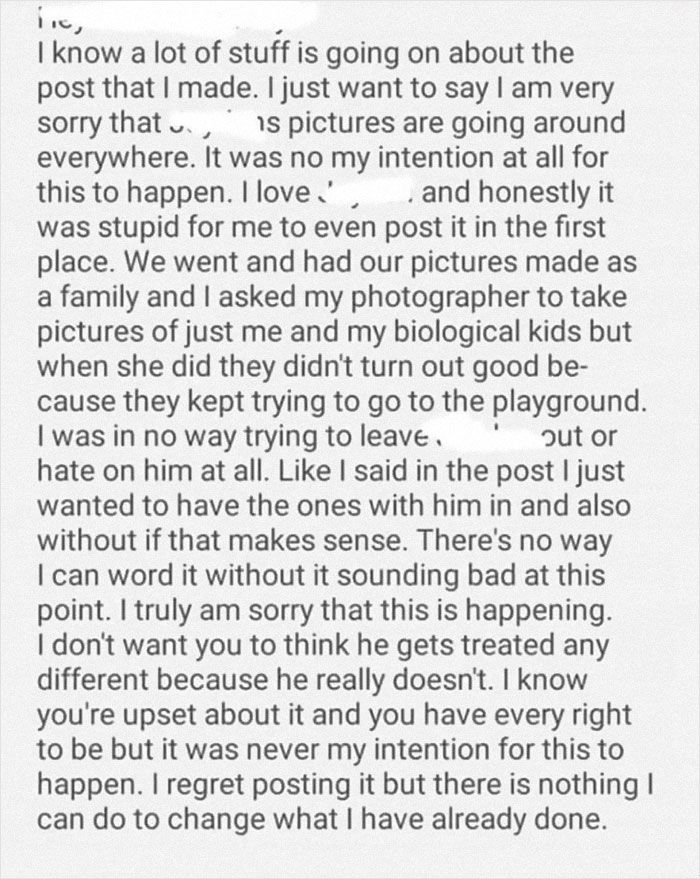 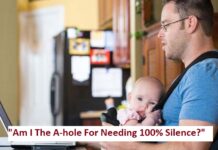 Man Asks Wife To ‘Shut The Kids’ Up While He Works From Home, Asks If He’s Wrong

Dad Puts 9-Year-Old Daughter On Strict Diet Because She’s Got ‘A Belly’, Asks If He’s Wrong 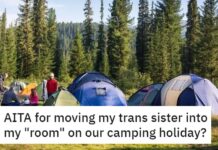 Teen Lets Trans Sister Stay In The ‘Girls Room’ On Camping Trip, Asks If She Did Wrong

Mom Shares Why She Won’t Lie To Her Children About Santa, The Easter Bunny, or The Tooth Fairy 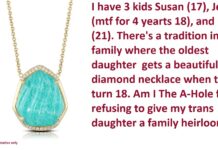 Mom Chooses Not To Give Family Heritage To Trans Daughter, Asks If She’s Wrong

Childfree Woman Says She’s Tired, Gets Called Out By Friends With...

Vicky - April 14, 2021
0
According to statistics, Americans work longer hours than Europeans, and they're usually more stressed out in their work environment when compared to other parts...

Man Asks Niece To Stay In The Closet So She Can...

Campaign Urges Victorian Schools To Scrap ‘Mom’ And ‘Dad’ And Be...

Vicky - April 13, 2021
0
Melbourne schools have been urged to scrap the words 'mom' and 'dad' and instead start using gender-neutral pronouns - such as 'parent'. This is...

Parent Wants New York City To Allow Them To Marry Their...

Vicky - April 13, 2021
0
A New York parent has recently attempted to change the law to allow them to marry their own adult child. Yes, you read that...

Childfree Woman Says She’s Tired, Gets Called Out By Friends With...

Man Asks Niece To Stay In The Closet So She Can...