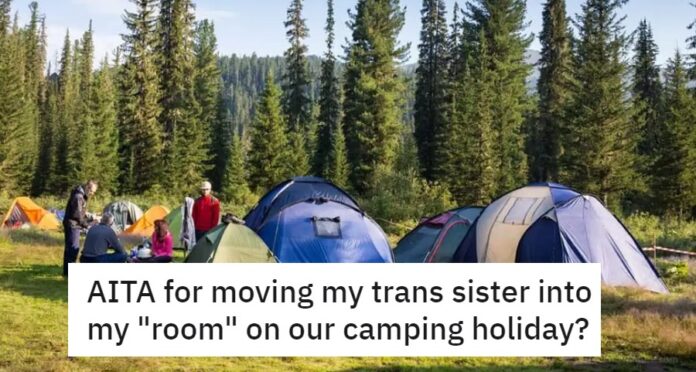 Although the concept of how gender has been explained countless times, some people just don’t get it – or refuse to get it. However, this ignorance often causes drama for many families, especially when they can’t accept a family member for who they are.
As it turns out, a teenage girl with a trans sister found herself in a ‘sticky’ situation while on a family camping trip when the adults refused to allow her sister to sleep in the girls’ section of the tent.

The teenager decided to take it to Reddit’s Am I The A-hole sub to ask if she handled the situation correctly, and if she was in the wrong or not. 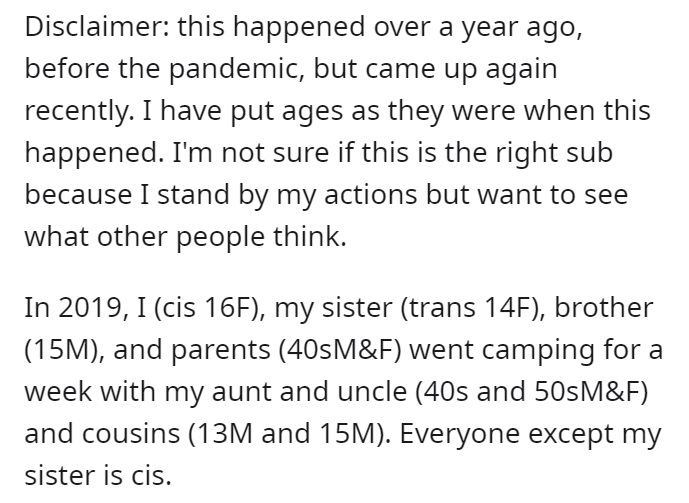 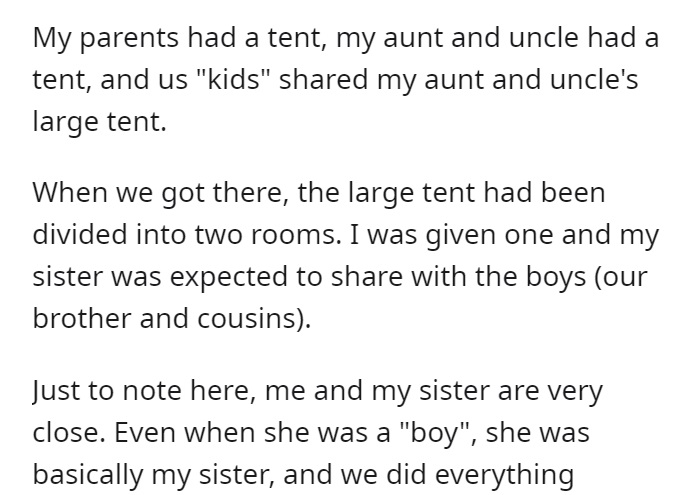 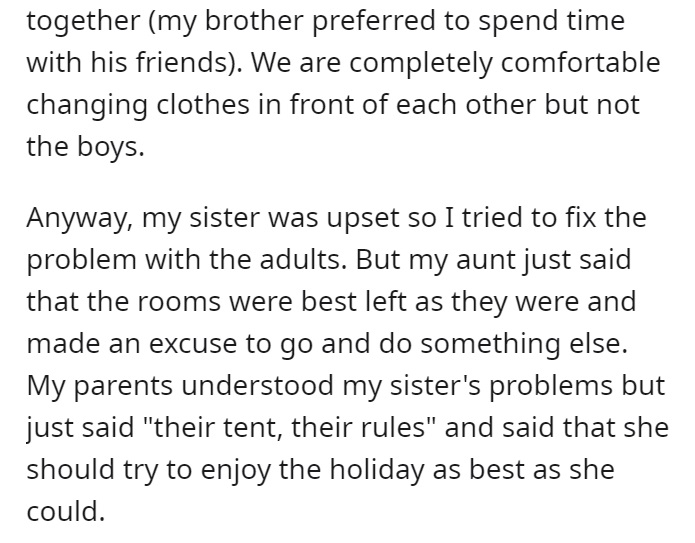 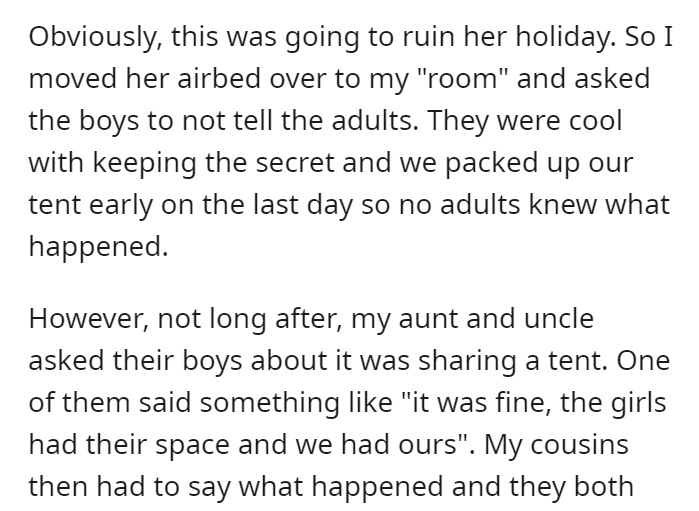 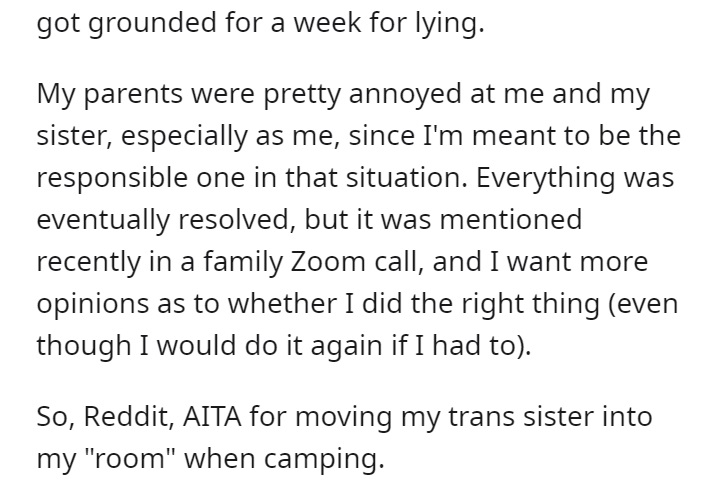 For most of Reddit, there wasn’t even a question if she was in the wrong or not, but a heated discussion was started concerning the adults (the parents) in the situation. Thankfully, the teenage girl did the right thing, and we salute her for that! 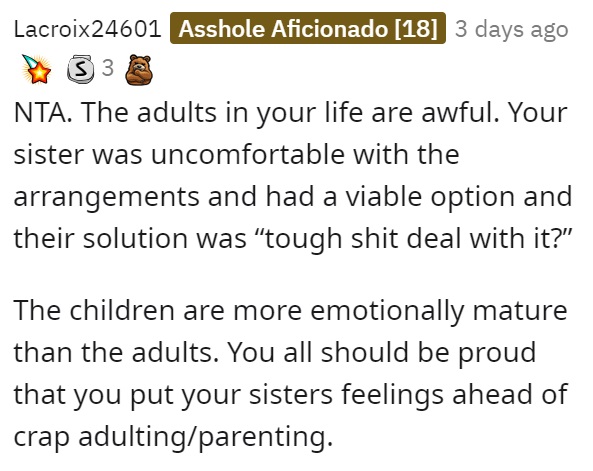 Student Has a Massive Crush on Trans Girl, Asks Reddit For Help On How To Ask Her Out

Woman Wakes Up At 5:30 Every Day To Prepare Meals For ‘Her Man’