A woman who left her black dress in her old lover’s bedroom after a night of passion claims that she was stunned when she found out that the dress is being worn on nights out by his mother.

The 21-year-old Lillie Haines was checking out Caroline Eastwood’s Facebook photos last week and she spotted that she was posing in a very familiar black dress.
This is the controversial photo: Caroline can be seen in the photo wearing the black dress that Lillie believes is a size 12 H&M dress she left in Sam’s bedroom (Caroline’s son) back in 2017. After she revealed what she found out on social media, a “war of words” was sparked between herself and the mother. Caroline admitted that she “seized” the dress, but she thought that it was “her friend’s”. The mother accused the people who mocked her to be “jealous” that she could pull off a 20-year-old’s dress and even “look better in it”.

Well, as it turns out, Caroline will probably keep it even after all of what happened, and Lillie says that she just had to laugh about it because she was in so much shock.

To be honest, the story is hilarious, even after many people commented that it’s “so gross” and embarrassing. 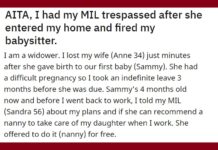 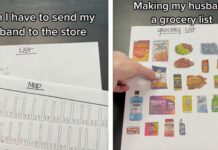 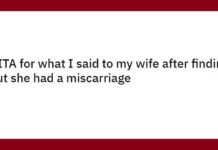