One woman recently messages BuzzFeed’s Stephen LaConte and his Hey Stephen corner for advice. Namely, the woman shared that her boyfriend of four years refuses to marry her until she loses weight, and she asked Stephen for advice. Check out her message below (courtesy of BuzzFeed): 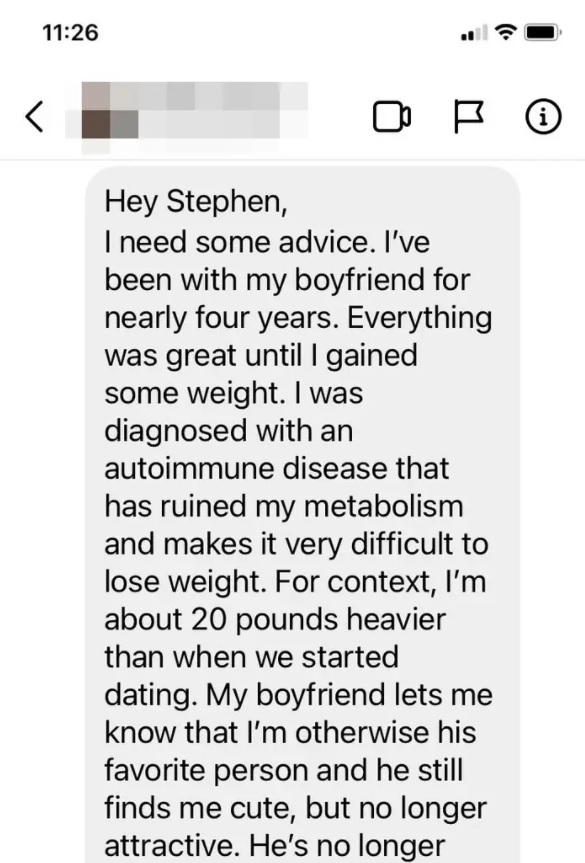 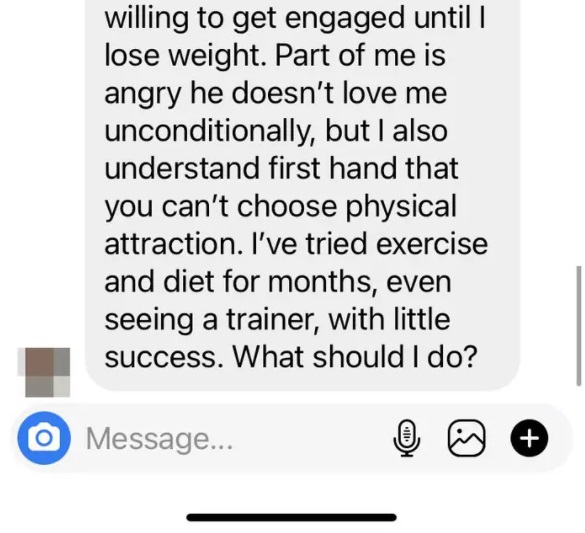 Stephen, expectedly, wrote that she should dump her boyfriend and get out of that relationship ASAP.

He wrote that bodies change, and they’re meant to change. Gaining weight is normal, whether it’s due to a health condition, a change in lifestyle, or slowing metabolisms. However, we should all see it as a blessing, because we all know what’s the alternative to ageing.

He wrote that her boyfriend shouldn’t expect her to have the same body she had when he first met her, and they’re talking about spending the rest of their lives together.

“And what about his body? At some point, his own shape is going to expand, sag, wrinkle, look nothing like it did when he was young. Will that be permitted? Is his body allowed to change, if yours isn’t?” – he noted.

And what if she decides to have children? Pregnancy and childbirth might affect her body, irreversibly and forever. So, would that be acceptable to him?

Stephen belives that dangling marriage over her head like some prize is very, very wrong, and it could do her significant harm, so she should get out of that relationship as soon as possible.

“So actually, I guess you DO have some weight to lose here: the man next to you. Fortunately, you won’t need any diet or trainer to rid yourself of that. Please dump this man, and find someone more deserving of all the amazing things you have to offer.” – he concluded.