There’s a popular question that many people debate on: Is it to the bride to put her bridesmaids in clothes that make them uncomfortable?

Well, it turns that some brides think they should be in charge of the clothes their bridesmaids wear – and we’re completely okay with that. However, this bride kicked out her own sister out of the bridal party when she said that she wants to wear a suit to the wedding instead of a dress.
She then took it to Reddit’s Am I The A-hole sub and asked if she was in the wrong for not participating in her sister’s wedding as a bridesmaid – and Reddit had a lot to say about the issue. 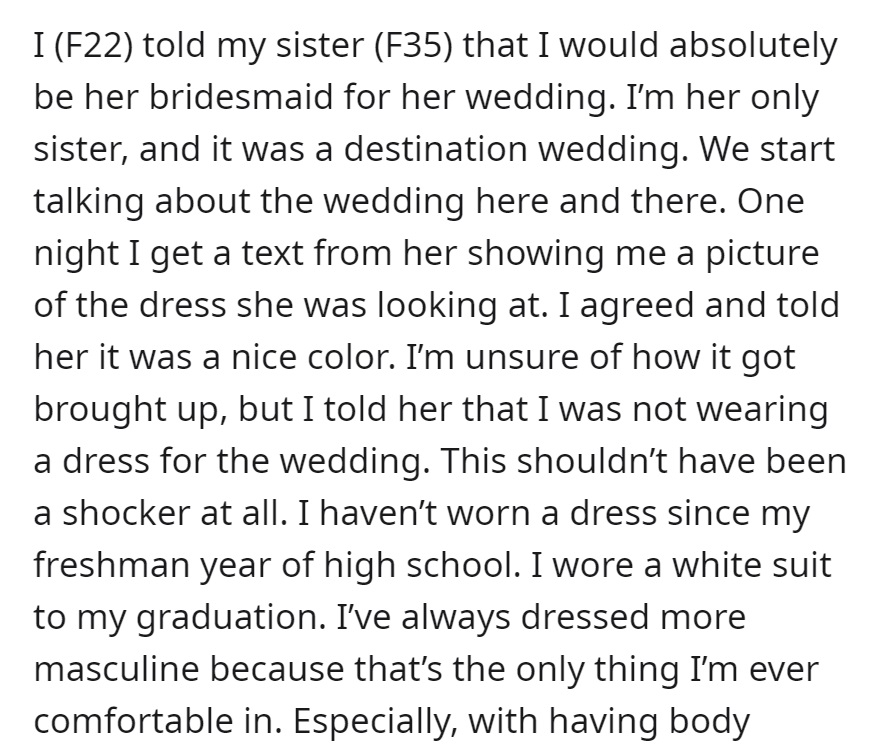 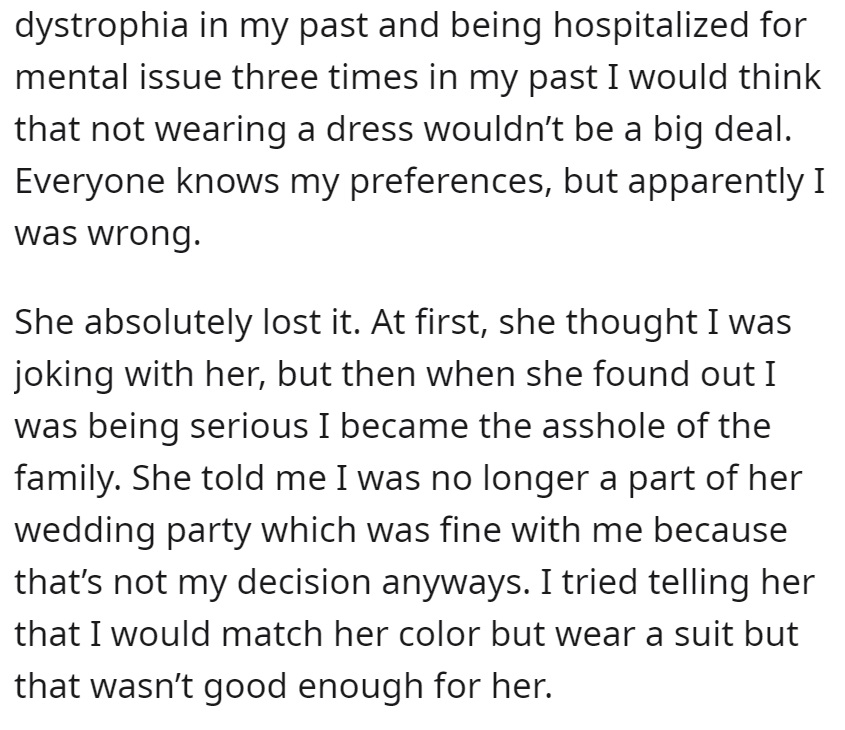 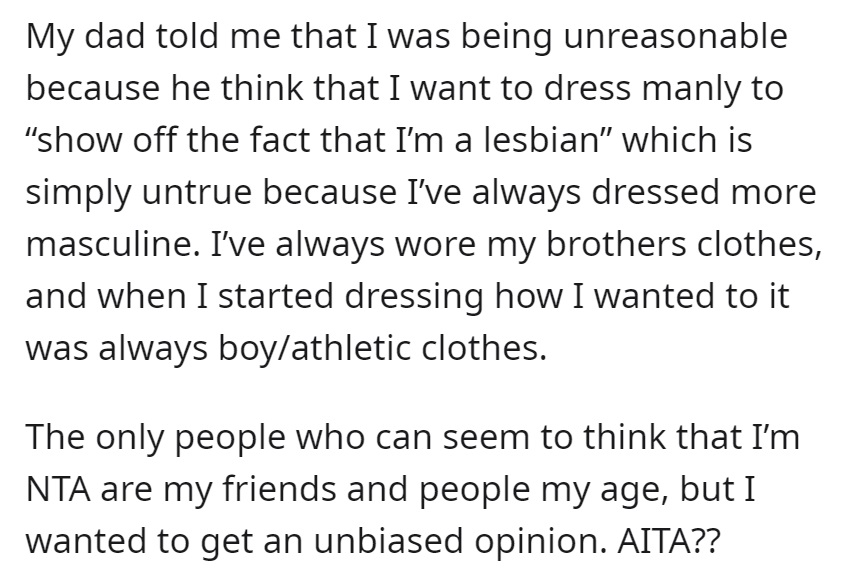 Although the opinions were divided, more people voted that the Original Poster is not the a-hole here, and that she should be able to dress whatever she’s comfortable in. Some people agreed that maybe could make an exception for her sister’s wedding, but still suggested she stands her ground and wears whatever she wants to the wedding. 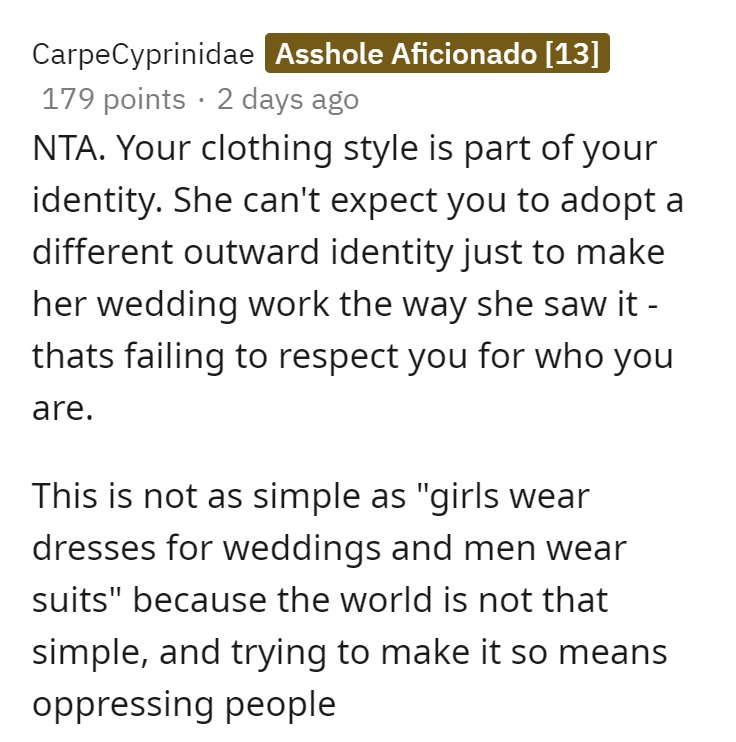 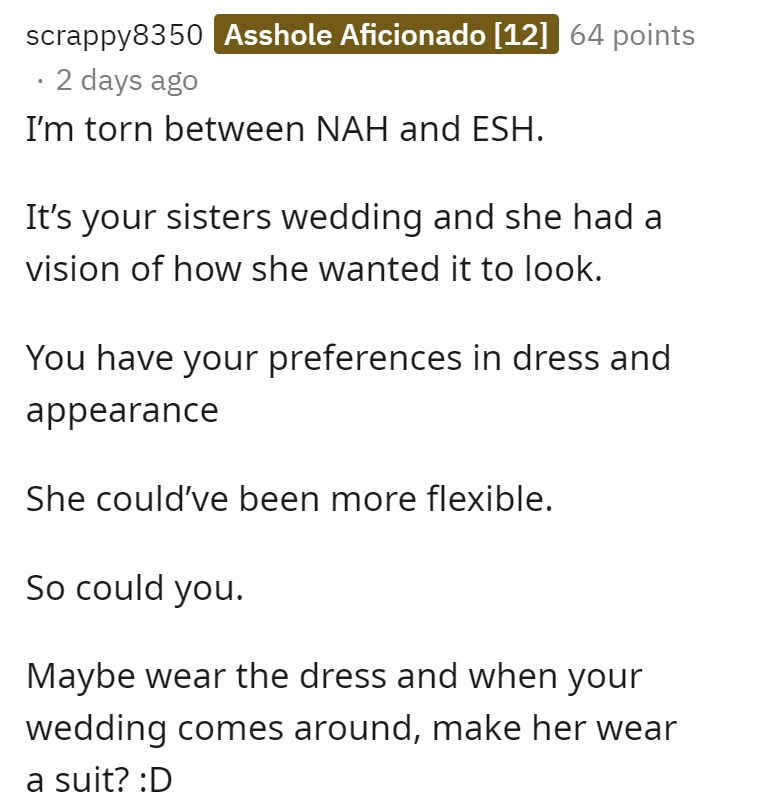