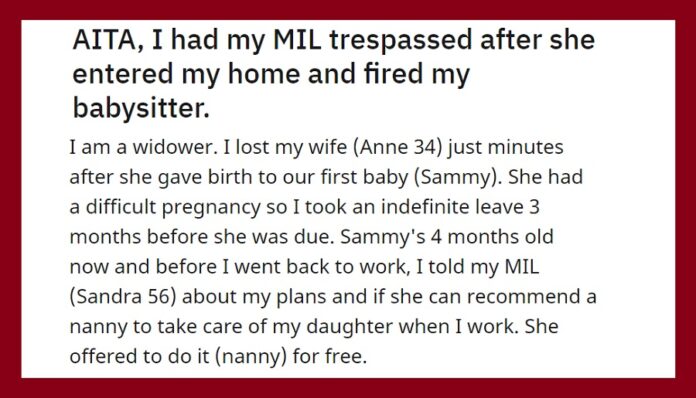 Mothers-in-law are historically infamous for overstepping boundaries, especially when it comes to their grandchildren. I believe this is a common problem literally everywhere in the world, but some parents take the suggestions worse than others. Although the suggestions come from a good place, I know for a fact that most parents prefer to have the final say when it comes to their kids’ upbringing.

Well, Reddit user u/SammyandMe35 shared that he’s a new dad that had a dispute with his MIL about what’s best for his infant daughter. Unfortunately, he lost his wife during childbirth, so he was left raising his daughter on his own. Although he hired a nanny, his MIL fired her without consulting him, and he even caught the grandma trying to breastfeed the baby on her own. So, the dad decided that enough was enough, and called the cops on his mother-in-law. After the situation, escalated, he decided to ask the court of Reddit if it was an a-hole move to do that, and Reddit had a lot to say. Check out the story for yourself below. 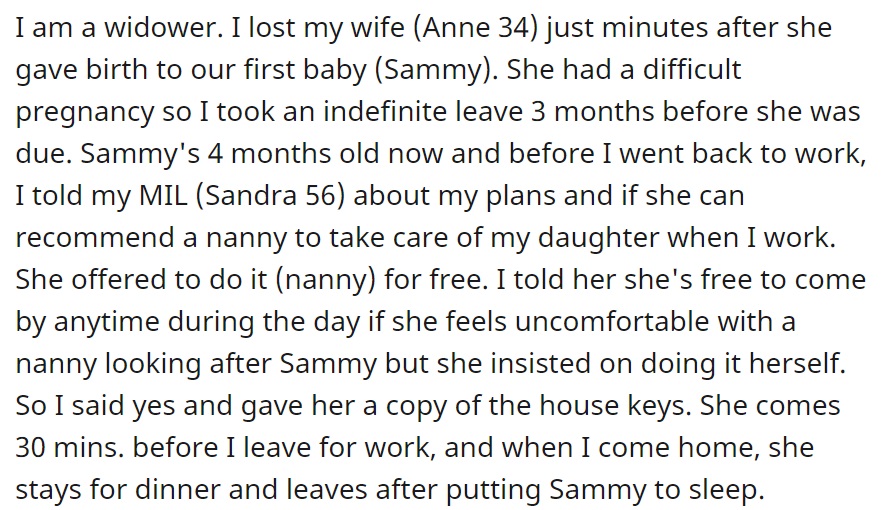 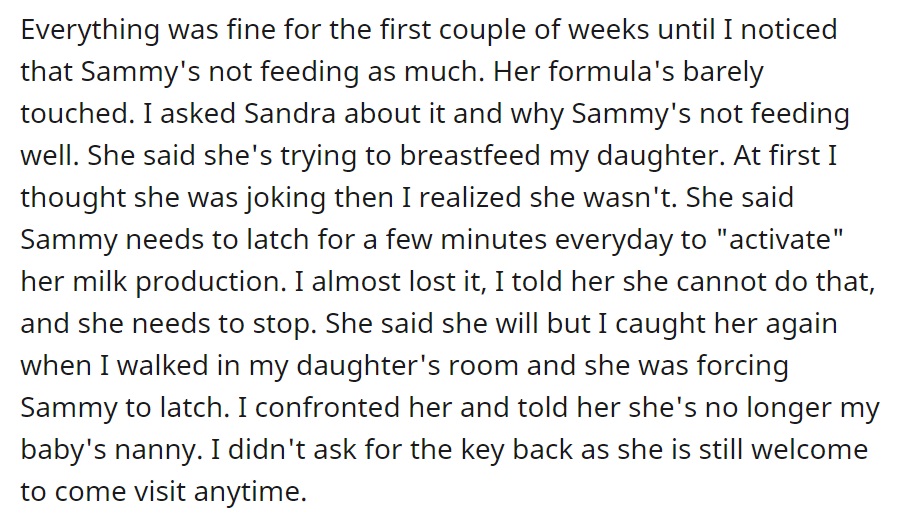 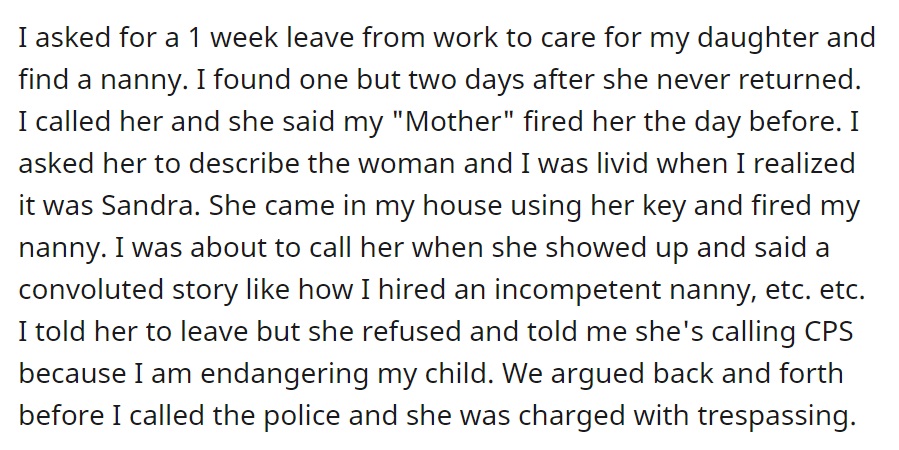 Reddit unanimously voted that the OP is not the a-hole here, but his MIL sure is, and he was right to call the cops on her. 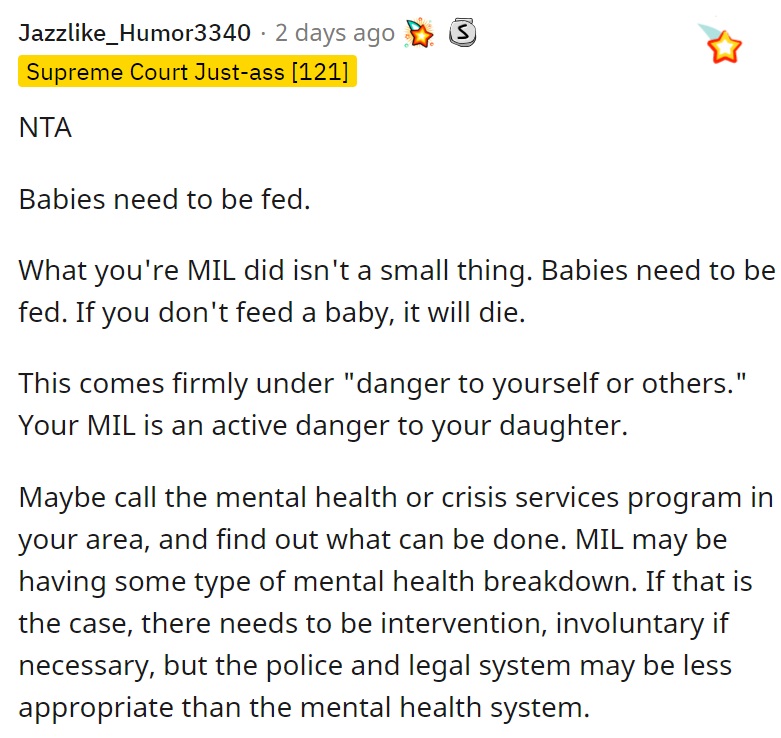