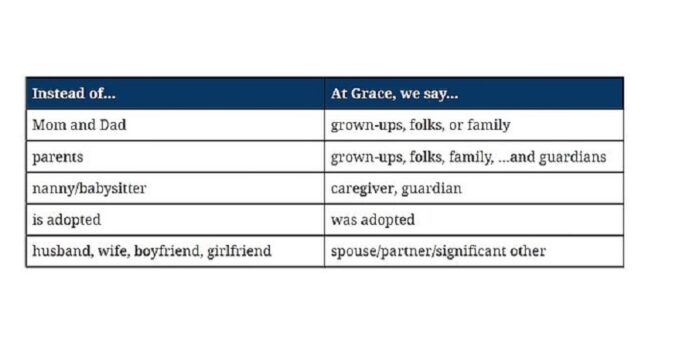 The Episcopal Grace Church School in NoHo has recently offered a 12-page guide to staff, students, and parents, in which they encouraged them to stop using the terms ‘mom’ and ‘dad’. Additionally, the guide urges students, parents, and staff to stop asking students where they may have gone on vacation, not to wish anyone a ‘Merry Christmas’, or even ‘Happy Holidays’.

The school also offers courses and after-school programs for its students that include single-gender groups, including a Roots of Empathy program. Additionally, it offers a course called ‘Allying: Why? Who? and How?’ – which will be offered to seniors.

The school has issued its ‘inclusion glossary’ for 2021, and it claims that it removes ‘harmful assumptions from the way they interact with each other’.
This is what it states:
“While we recognize hateful language that promotes racism, misogyny, homophobia, and other forms of discrimination are already addressed in our school handbooks, we also recognize that we can do more than ban hateful language; we can use language to create welcoming and inclusive spaces,”.

Readers of the guide are warned that people may not always welcome questions, and they’re not obligated to respond. 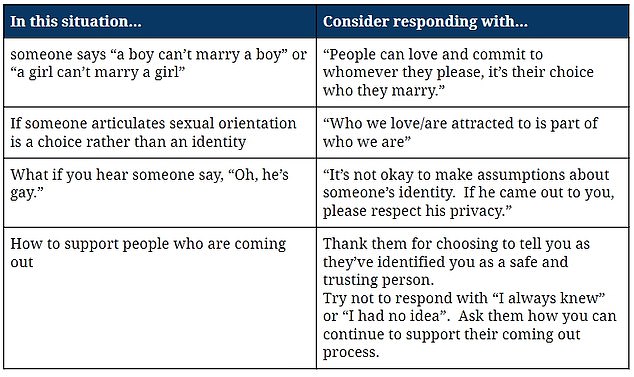 The guide says that school attendees should question what a person learned during their time off, instead of asking where they may have gone. Additionally, they’re also called on not to be presumtuous about the resources that people may have at home.

“At Grace Church School, we work to be mindful of the language we use in order to avoid making assumptions about people and their available resources as we engage in conversations that touch on socioeconomics,” – the school stated.