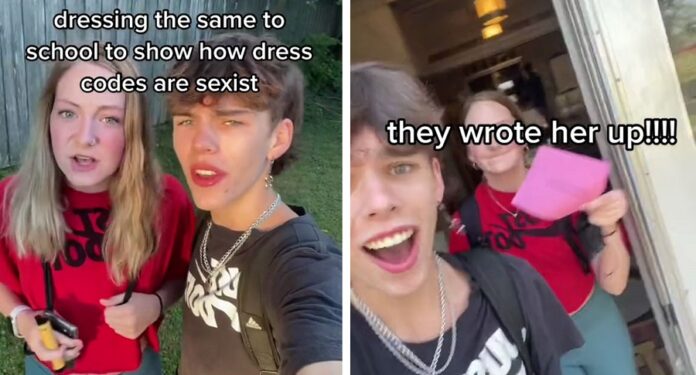 Regardless of your opinion, it’s a fact that school dress codes are often sexist, and Drew Jarding and Kenzie Crimmins are two teenagers from Illinois that have the proof to this.

The duo went to school very similar outfits and filmed their day. Later, they posted the video on TikTok, and it proves that school dress codes are rather sexist! Namely, both Drew and Kenzie wore crop tops all day, but only Kenzie got in trouble for her outfit.
The video has since been viewed more than 6.3 million times on TikTok, and it was liked more than 1.8 million times.

It racked up thousands of comments, and it sparked off an important discussion of whether school dress codes are sexist and whether there is gender discrimination in schools.

This is how the internet reacted to the popular video: