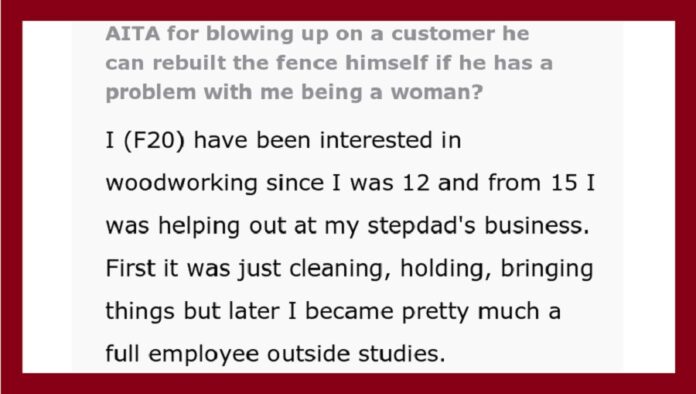 Imagine that you’re doing your usual work for a client, and not only that he’s ‘breathing down your neck’ all the time, but they’re questioning your professionalism and even making jokes that they could do it better than you. Sounds awful, right?

Well, that’s exactly what many women have to deal with on a daily basis. Apparently some people are still surprised that women can actually do something that they consider to be a ‘man’s job’, and unfortunately sexism is still prevelant in the business world.

One woman decided to take it to the popular Am I The A-hole subreddit to share her story about a problem she faced at work.

In the post, the Original Poster shared that she has worked in her stepdad’s carpentry workshop since she was a child, and she started woodworking herself at the age of 15. Now she’s 20 and she regularly performs numerous orders, and she has already reached a certain degree of mastery. However, when a customer offended her and her work, she snapped and told him that if he didn’t like the fence she built, he could do it himself. There’s more to the story, so we invite you to check it out below and share what you think about it in the comment section. 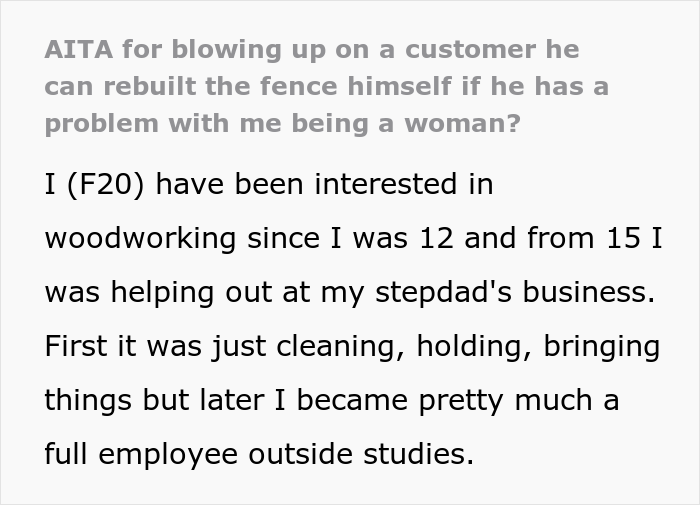 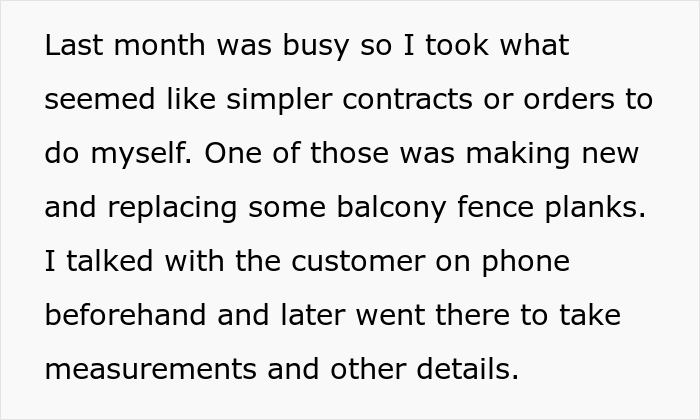 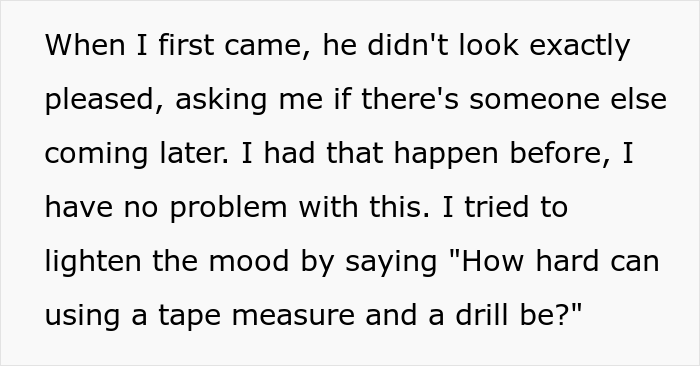 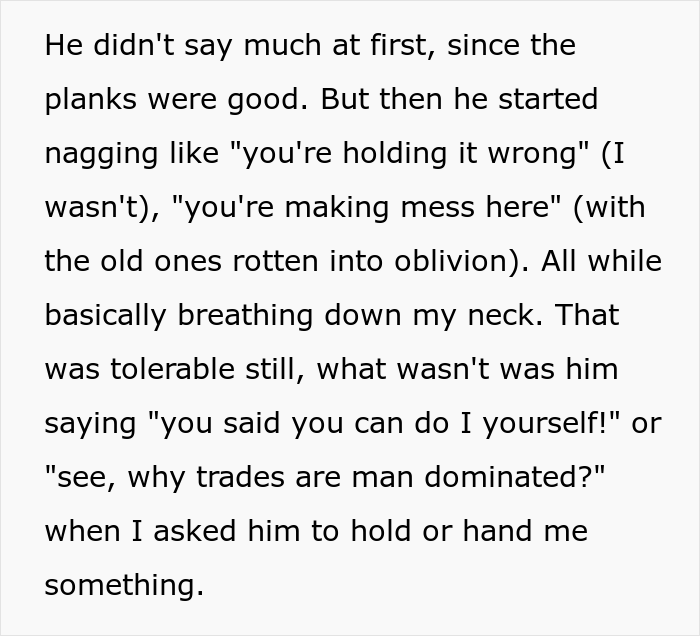 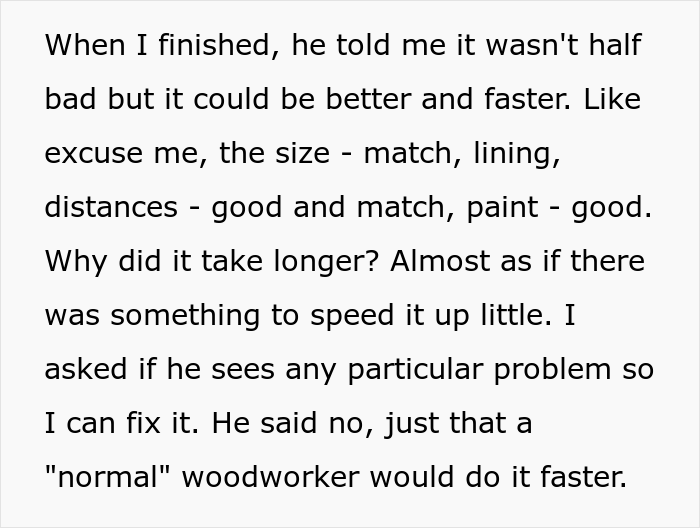 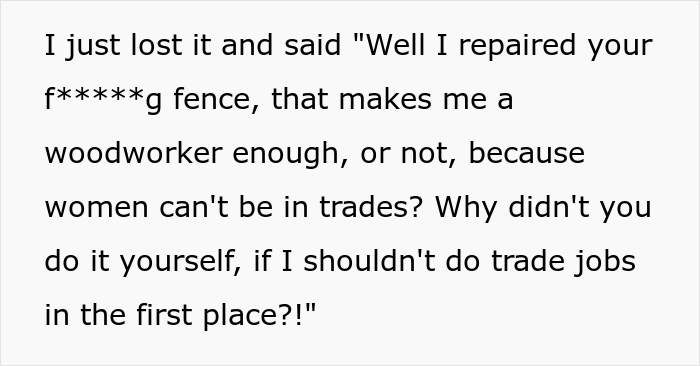 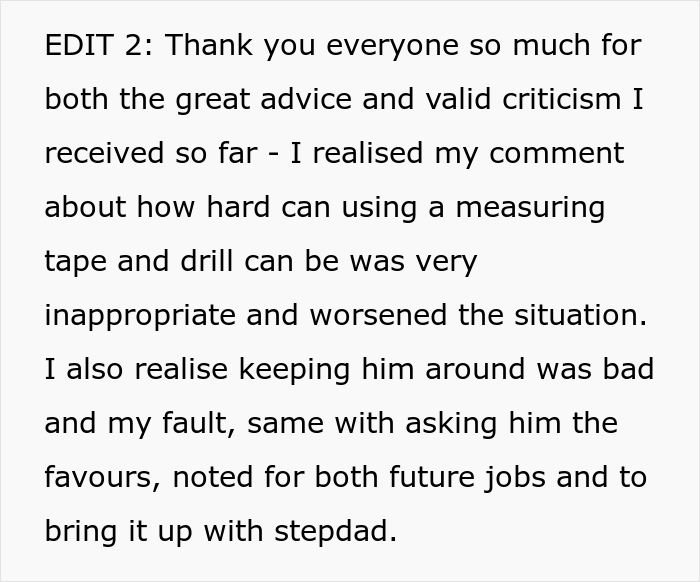 Almost everyone voted that the woman was not the a-hole here, and stated that the client was very much in the wrong. Moreover, many women also shared their own similar stories, and it turns out that this is not something of an anomaly, but it happens on a daily basis! 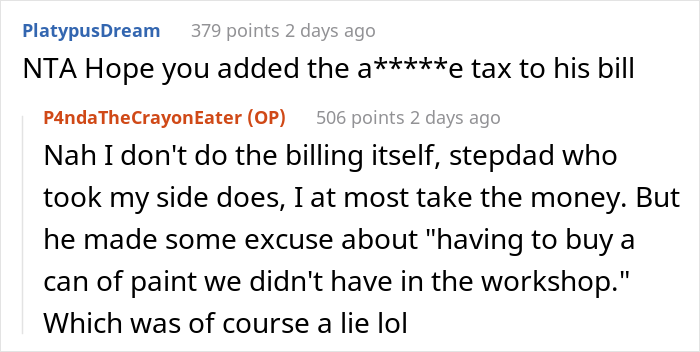 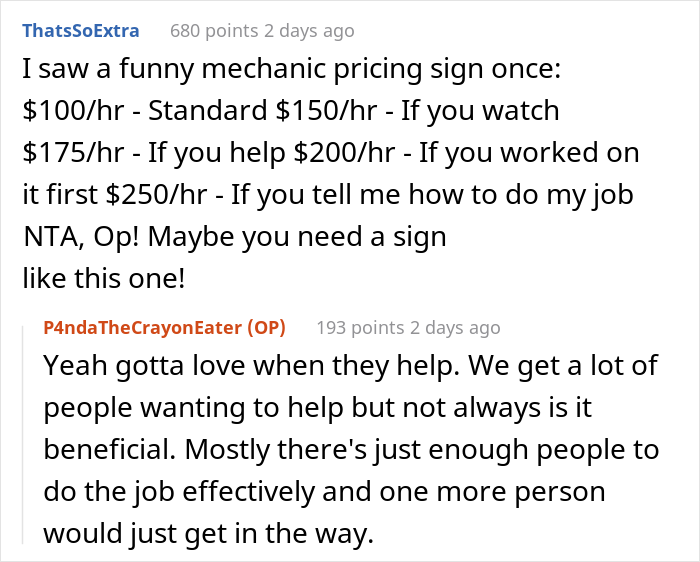 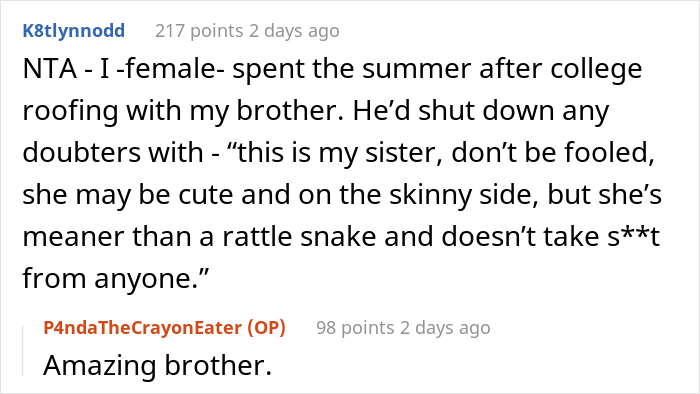