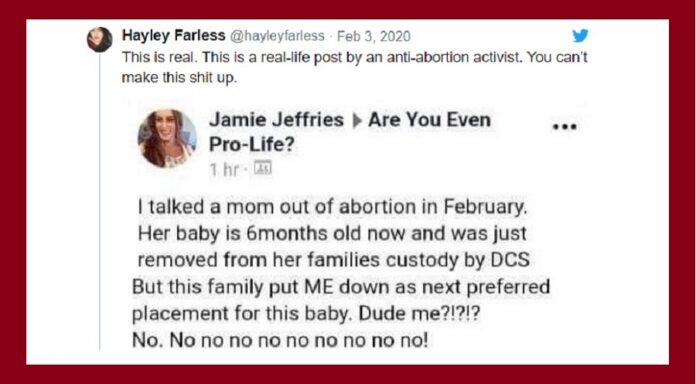 Most pro-lifers often seem to care more about the welfare of the children in the womb than those who are alive already, and it’s often the case that the tap of compassion and care gets turned off once the baby is born.

The problem, though, is that many conservatives are both anti-choice and against the welfare programs that help families by providing food and help, health insurance for everyone, free and quality public education, etc. So, they want the kids to be born, but they are against anything that will help those children.

Writer Hayley Farless recently shared a screenshot from a private Facebook group named Are You Even Pro-Life, and it was posted by a woman named Jamie Jeffries.

Jeffries, who happens to be an anti-abortion activist, writes in her post that she talked out a mom of abortion in February, and now her baby is 6 months old and was just removed from her family’s custody by DCS. However, this family has put Jeffries down as the next preferred placement for this baby, and she’s now angry about it and says that she can’t accept this baby. 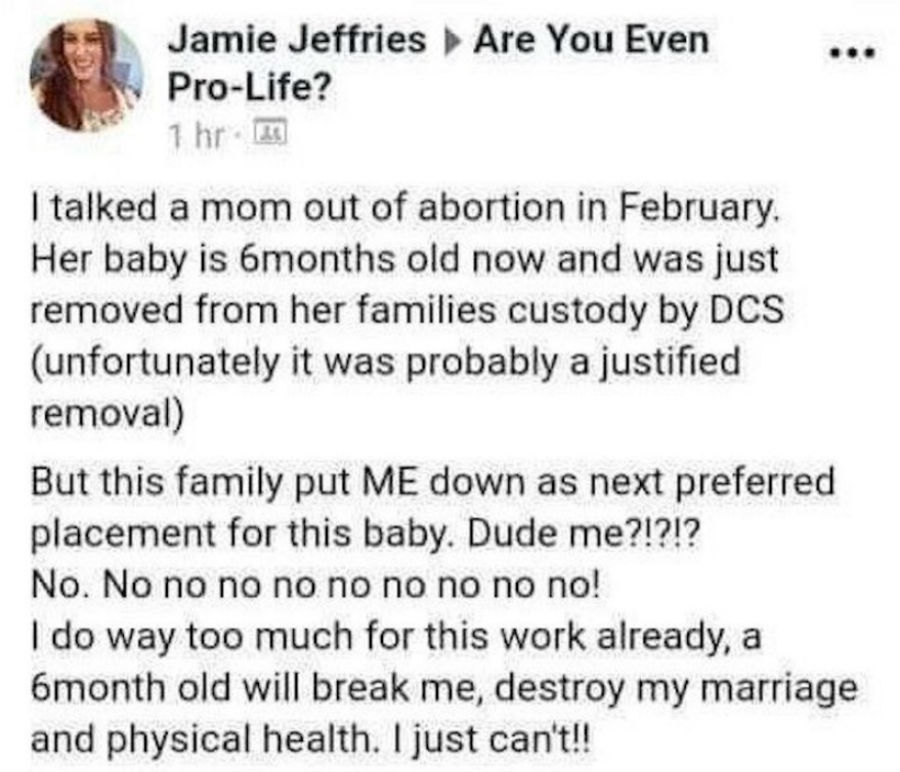 I mean, yes, most people probably wouldn’t be able to take in a six-month-old baby just like that, but if you did your best to convince someone to go through an unwanted pregnancy, you should be prepared for something like this, right? 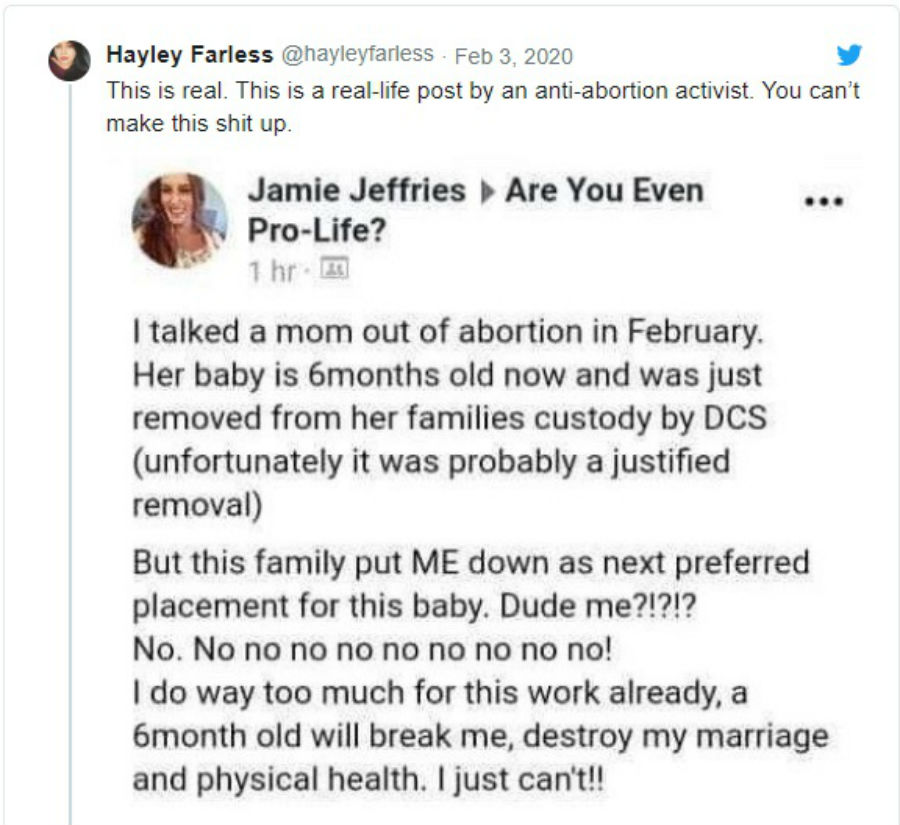 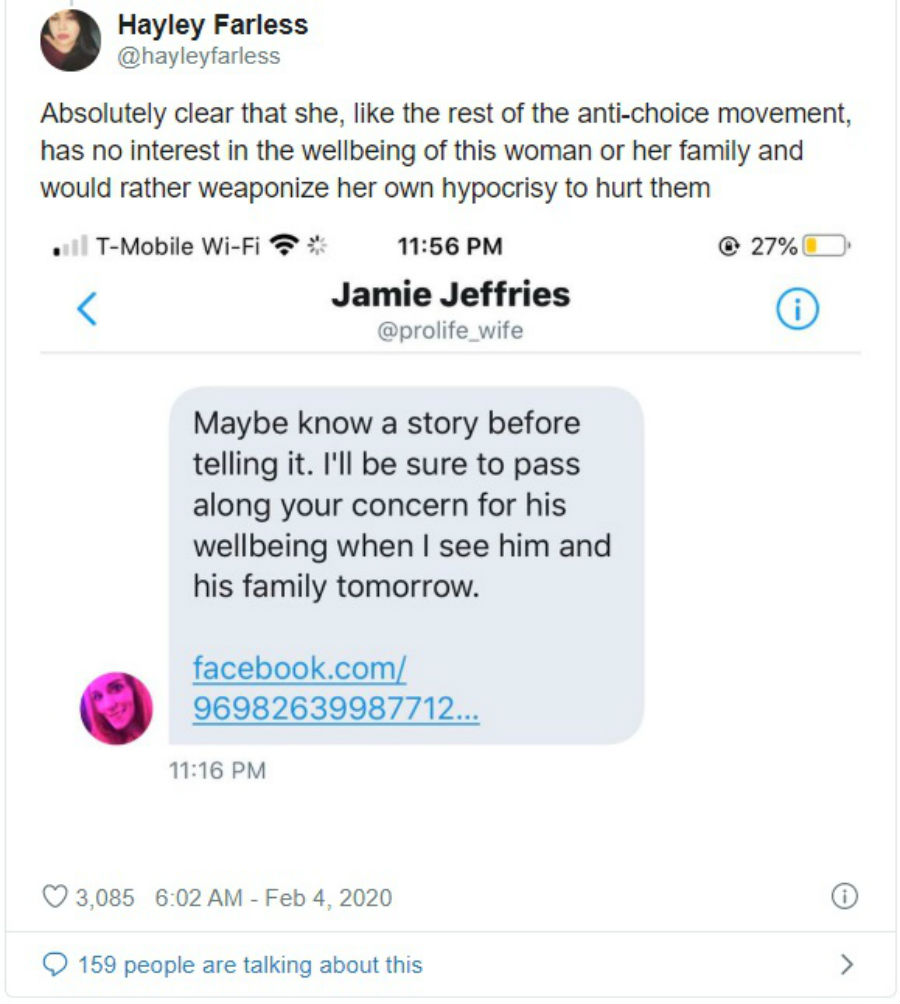 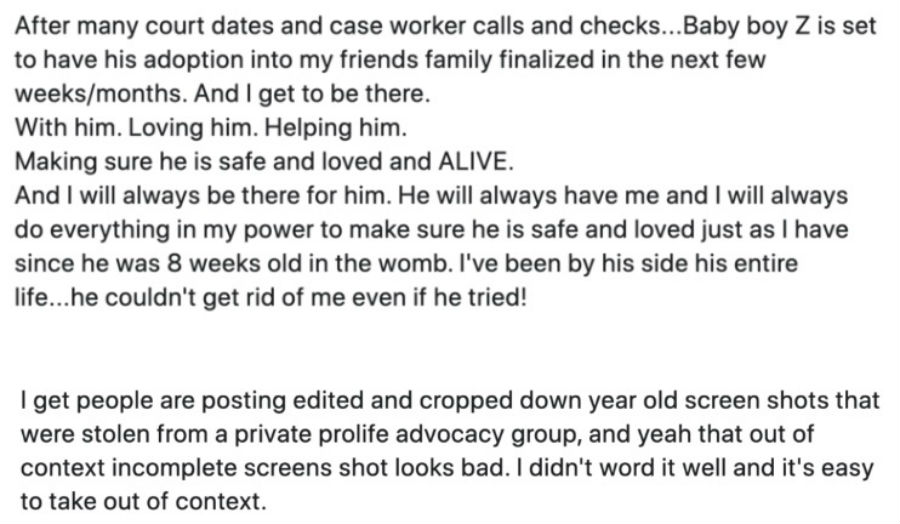 This is what people on Facebook commented about Jeffries’ take on the situation: