Home LGBT Mom Chooses Not To Give Family Heritage To Trans Daughter, Asks If... 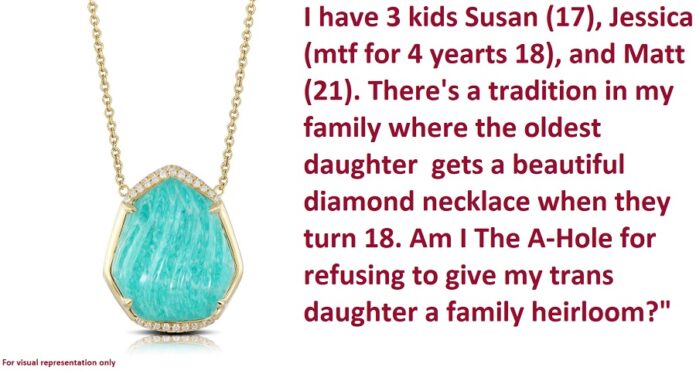 Family traditions are a beautiful way of preserving family memories, be unique in a way, and have something you’ll remember for the rest of your life.
One mom got so distressed about a family heirloom that she took it to Reddit’s Am I The A-hole sub to ask if she was in the wrong or not. As it turns out, the woman is a mother of three: a cis teen daughter, a cis young adult son, and a teen trans daughter. 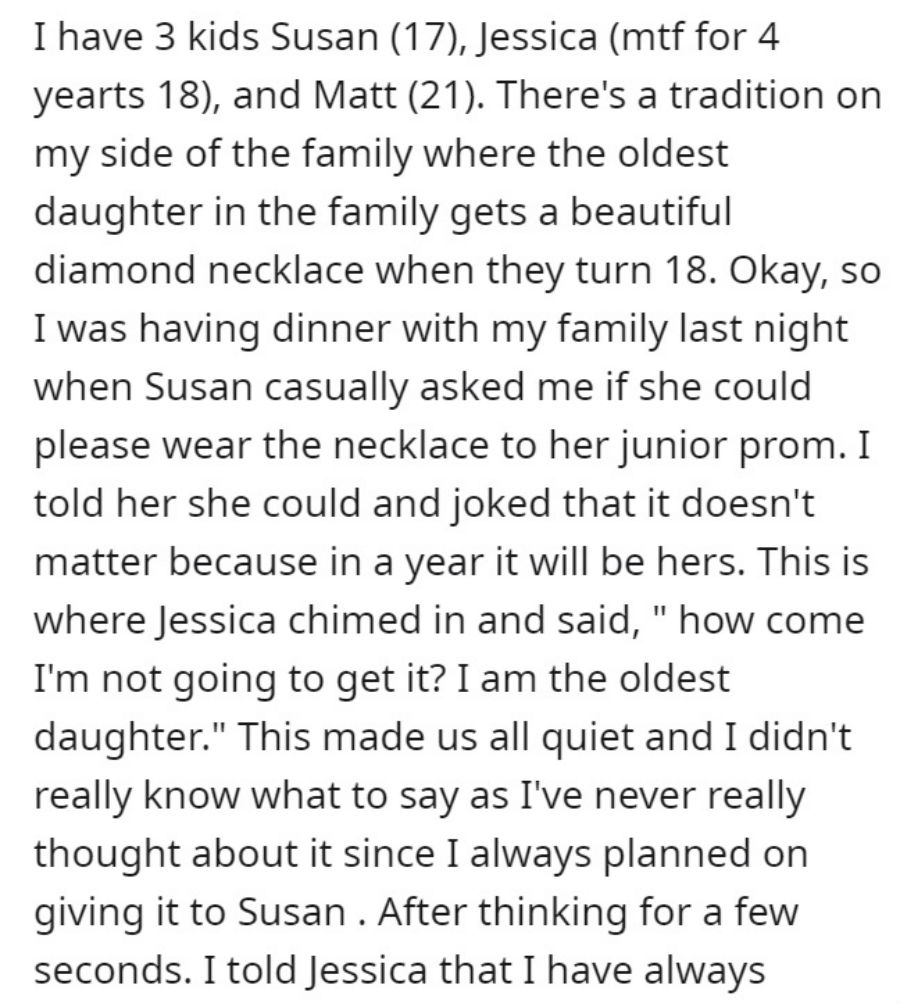 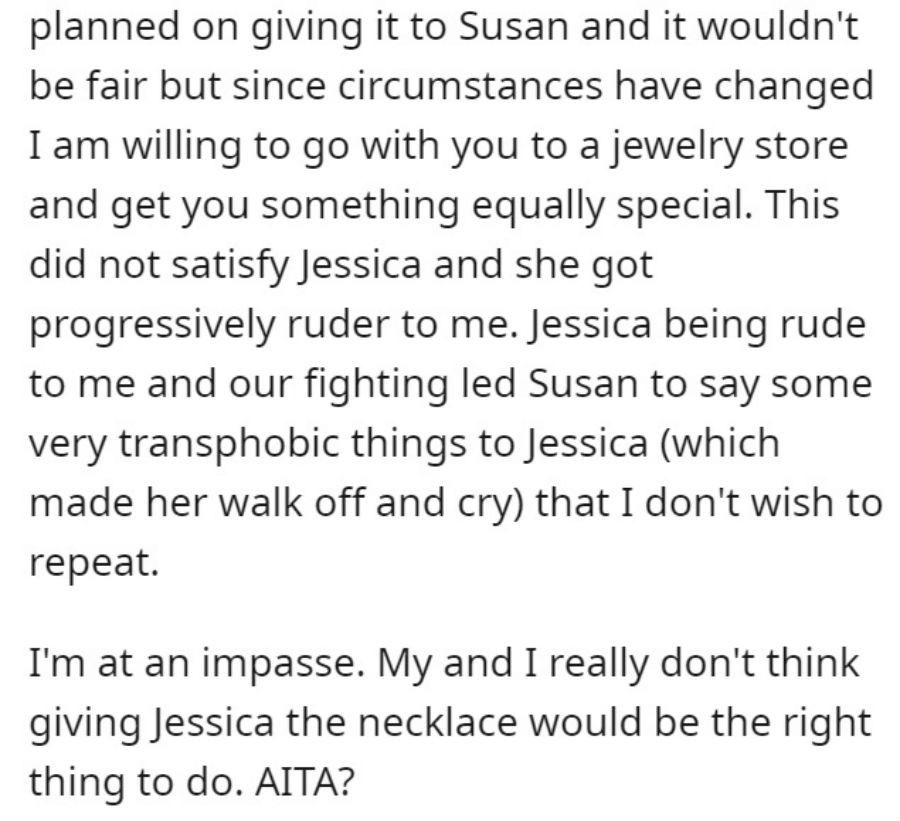 Although we admit that it’s a difficult situation, most Redditors agreed that there are no a-holes here, and each side has it’s own right. Some Redditors offered their honest and creative advice, and we invite you to check out some of the most popular responses below. 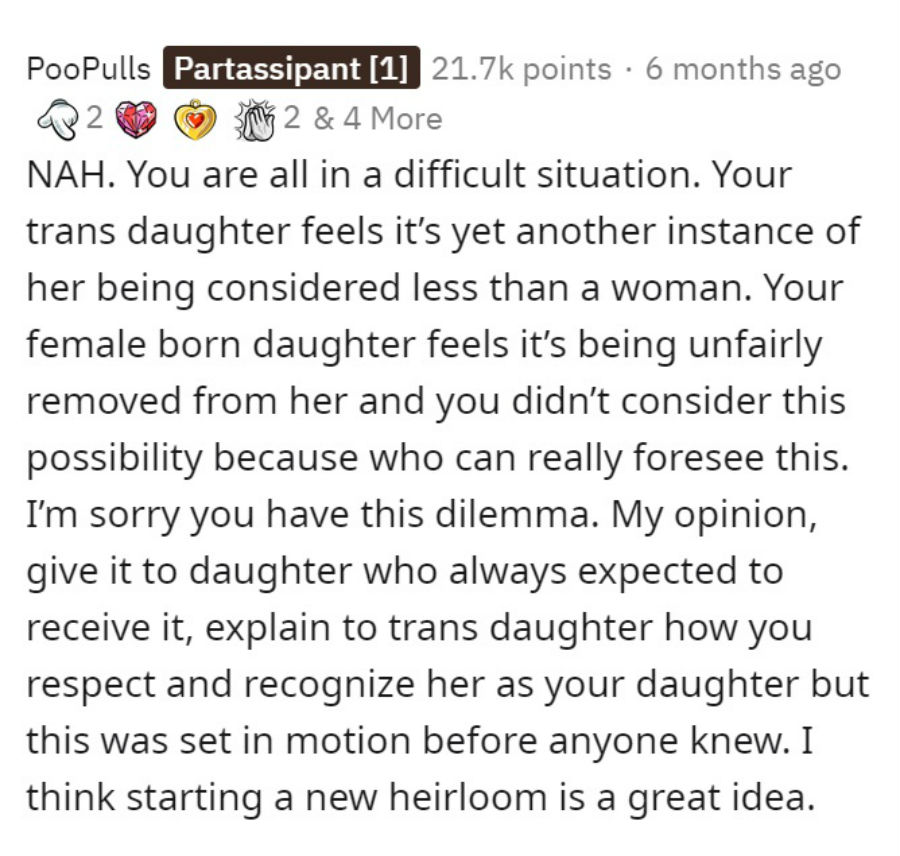 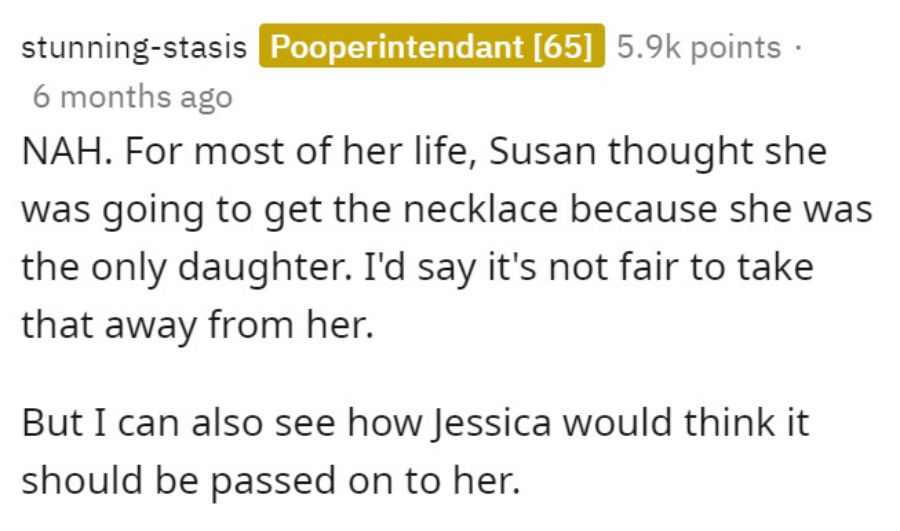 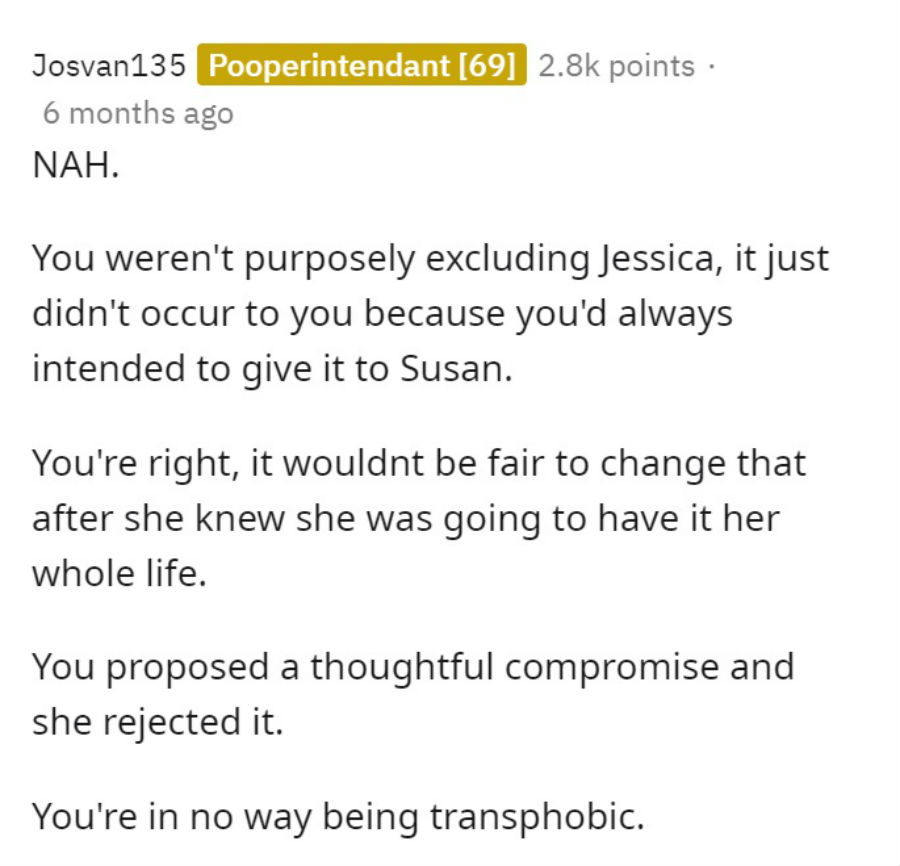 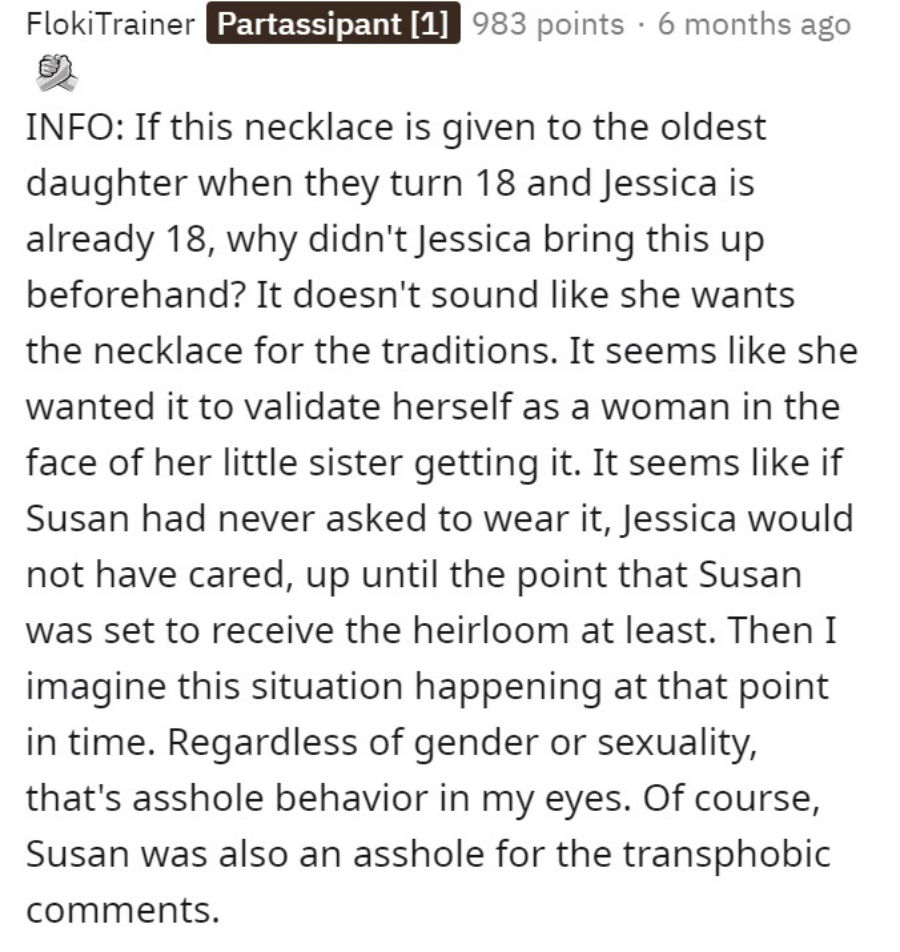 The Wittiest And Funniest Pride Parade Signs To Make Your Day