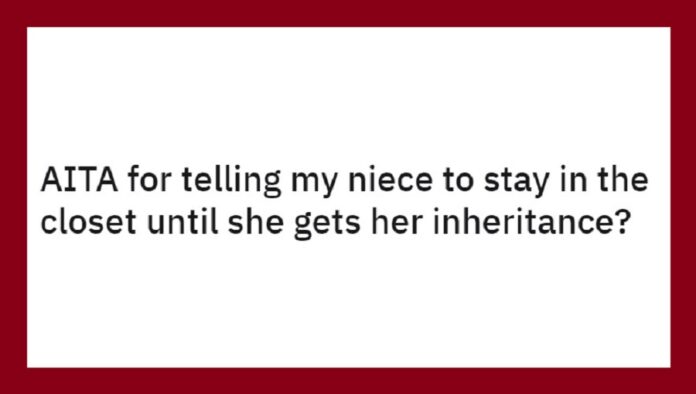 We all have old and gay-hating relatives, don’t we? I mean, the best thing you can do about them is disconnect from them, as there’s no reason to hear someone’s bigotry just because they’re old and ‘we must respect them’. However, things are usually more complicated than that, especially when it comes to family. If you include money into the equation, and it becomes a real nightmare! Take this Redditor for example.

He said that he’s in his forties and has a 17-year-old niece who came out as a lesbian. He said that he’s been very supportive of her, but when she said that she wants to come out to the whole world, he told her to wait for her grandparents to pass. Why? Because it turns out that they’re sitting on a ton of money! Check out the post for yourself below and decide whether he’s in the wrong or not. 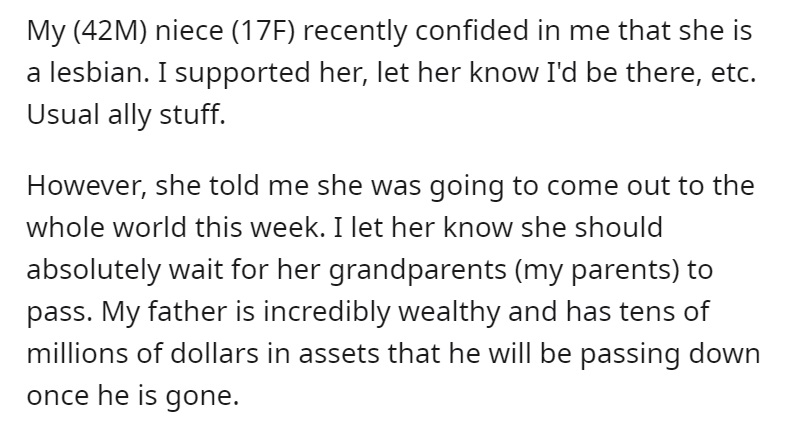 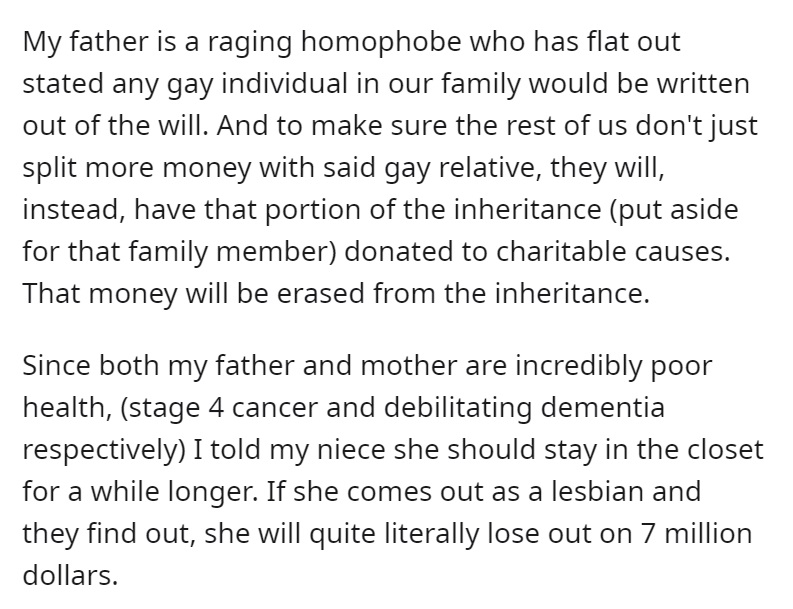 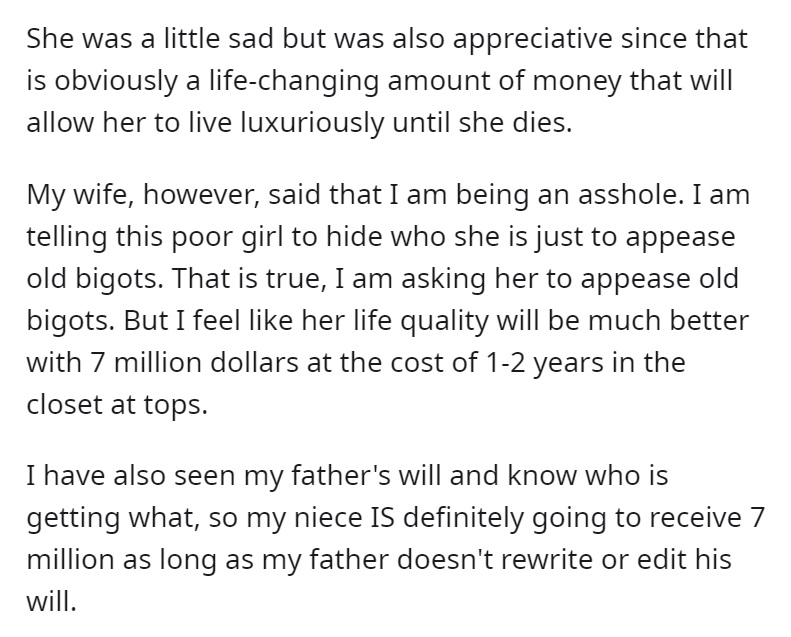 Ouch. It’s a delicate one, that’s for sure! It’s one of those situations when even Reddit can’t make up their mind – and rightfully so. It’s a tough decision to make, but most Redditors agreed that it’s not up to the uncle to decide whether the niece should come out to the whole world or not, but it’s her decision – and hers only! 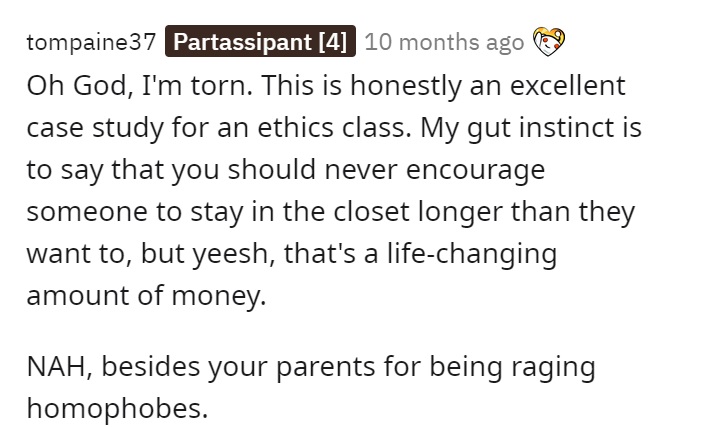 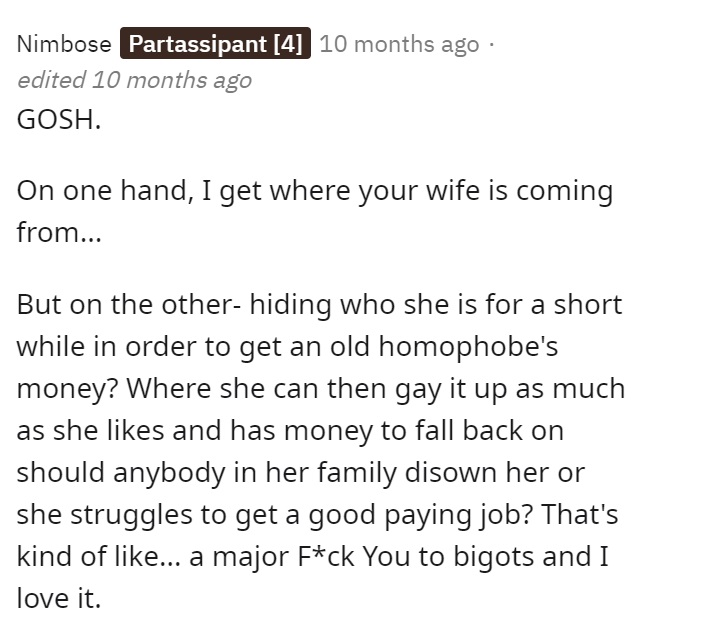 Woman Shares The Most Heartwarming Hen Lesbian Relationship Story Ever

Before Boarding Marine One President Biden Stops And Picks a Dandelion For First Lady Dr. Jill