Home Art & Culture Is The Chastity Belt A Medieval Myth Or Reality?

Hollywood has used the idea that some noble girls and women had to wear the “chastity belts” during the Middle Ages to protect their virtue has been used many times in movies, and it’s usually with some kind of comic effect in mind. However, what exactly was a chastity belt, and did they even really exist?

Well, chastity belts were a severe method of fidelity enforcement. A woman would have been prevented from sleeping with someone by wearing the belt, which was, apparently, a worry when knightly husbands left to fight in battles or go on pilgrimage or crusade.
Chastity belts haven’t been mentioned from the vast majority of medieval texts, however.

They appear in a German print by Heinrich Winrich dating from the late 1500s, but the scenario is written in a fictionalized way, and the woman sits on the bed wearing nothing but her chastity belt.

She is seen to be handing a key over to her husband in the illustration. However, his hat has donkey ears, which means that he’s a fool, while another man lurks in a darkened corner, and he is holding a second key.

Chastity belts have also been mentioned in another piece written by a German, Konrad Kyeser, in 1405. The document contains detailed designs for armor, catapults, tools of war, and devices for torturing.

The belt, however, once again appears to be a joke and an instrument of satire.
Albrecht Classen is an expert in this area and he wrote a piece in 2007 called The Medieval Chastity Belt: a Myth-Making Process. Classen writes that no author of sermon literature or penitentiary texts, or any legal writer has ever mentioned the chastity belt – probably because the basic idea behind it defies the basic needs of the human body.

According to Classen, the idea behind the chastity belt comes from male fear, and every drawing and illustration where a chastity belt is mentioned also features a lover who has a second key hiding in the background – which means that no one took the idea seriously.

Classen adds that depictions of women in chastity belts are always done tongue-in-cheek, and even though there’s a bunch of literary representation, there are very few historical references to a man trying to put a chastity belt on his wife. Therefore, any reference to the belts is either satirical or allegorical. 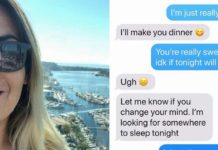 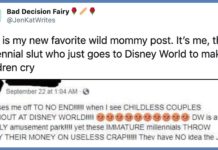