Terrell and Jauris Joseph, both 27, are a married couple from Atlanta that already owns a house, and they are the fathers of two kids. Oh, they’re also Black and gay.

Terrell told Good Morning America that there’s a stereotype about fatherhood in general, especially Black fatherhood, that dads aren’t involved. He and his partner try to be as active in their kids’ lives as possible, and they try to give them everything that they dream of. Being gay parents, they’re not raising their kids to be anything specific, but just to be open-minded.

“Breaking all of those stereotypes … bit by bit, I think, has always been our goal” – he noted.

The Josephs decided to document their lives because they couldn’t find any other family like themselves to relate to, so they thought it would be interesting for people to see something different, something “out of the ordinary”.

“We didn’t see any people of color that were in a gay marriage relationship that we can follow along on a journey that was having kids, so that we can kind of see, ‘OK, are we doing this right?’ So we just decided to kind of fill the void, and be the testers and share our journey,” – the father of two added.

In this picture, we are all smiles like everything in the world was perfect. That’s because that day.. everything was!⁣ ⁣ But today is one of those days where we had to find that happy place again. Seriously y’all, It seemed like everything that could go wrong.. went wrong. You guys know that we are never the people to just complain about things but we wanted to share with you all that life happens to us too. We go through things just like every one else. We have frustrating days. We have days where we don’t feel good enough. We’re HUMAN. Plain and simple! ⁣ ⁣ But on these days, we’re so glad to have each other to lean on when we feel we can’t do it. I cannot tell you how many times I’ve cried because I was overwhelmed with something. But each time, my husband was there to take the wheel and give me the mental relief I needed. That’s LOVE and a team player! It’s not always peaches and cream but I am glad I have a partner to fight with against every bad day that comes along. ⁣ ⁣ Comment T&JFAM if you with us ✊🏾❤️

Although their lives now look like something out of a fairytale, the beginning was most definitely not easy. Both Terrell and Jarius were working full-time corporate jobs at the age of 22, and they had just bought a house because they were ready to start a family. Terrell was looking into adoption and surrogacy at the age of 19 because he knew that he wanted to be a parent from a very early age.

The couple, though, realized that most adoption agencies wouldn’t work with them because of their age, and surrogacy agencies charged more than $150k for a pregnancy, so they went for a privately hired surrogate. Although everything was going great, the surrogate had a miscarriage 20 weeks into the pregnancy.

The couple managed to find an amazing new surrogate after working through that loss, but even though they loved her, she had the hardest time getting pregnant. Additionally, they figured that the first surrogate wasn’t going to work out, but they didn’t have the heart to tell her, so they tried one more time. At the same time, though, they were working with the second surrogate.

Luckily, the attempt with the second surrogate was a success, and they were ecstatic. The shocking moment came when the first surrogate approached them a few weeks later and told them that she was pregnant, too!

The news came as a surprise for everybody, but the Josephs were over the moon because it seemed like they were going to have “twins”.

Baby Ashton, born to the first surrogate, was about a month premature. His sister Aria was also born four weeks early, meaning that the two kids are born just 5 weeks apart!

“Looking back on it, it was just perfect. Once we actually got them back home, it was like everything we wanted,” Jarius added.

Happy Fathers Day to us 👨👨👧👦 We just redid our studio space thanks to @apt2b! We love the way it came out and can’t wait to show you guys the final view. Be sure to check them out for all your home furnishing needs ❤️

Jarius and Terrell quit their corporate jobs to become a full-time content creators and be able to stay at home with their two babies, and they now have more than 1.5 million followers on social media.

“I feel like there are so many people in our community who still to this day don’t see the life that they would like to have being actually a possibility. Don’t think that just because you’re part of the LGBTQ+ community that you can’t have certain things in life or that success won’t come your way.” – Jarius concluded.

We took these photos a few months ago in preparation to celebrate Independence Day. At the time, we had NO IDEA that life would take the turn it did. You see, the 4th of July has always been a day for parties, barbecues, swimming, picnics, fireworks, and good vibes.. but this year is totally different. ⁣ ⁣ With the killing of George Floyd, the world united via the @blklivesmatter Movement to highlight the fact that freedom and independence is not always extended to us in the same way that it is extended to others. ⁣ ⁣ We must continue the fight for equality for the black and brown people of this nation. We must continue to demand justice for those who have fallen victim to a system that was not designed to protect us. We must embrace those who are not apart of the Black Community but who are trying to be active in the fight. We have to come together as a whole to make this world a better place! ⁣ ⁣ So today, it’s Justice for #BreonnaTaylor! It’s #SayHerName! It’s #BlackLivesMatter! It’s #GeorgeFloyd! It’s #AhmaudArbery! It’s #RayshardBrooks! And everyone else that has been let down by the system! ⁣ ⁣ Again, we are much stronger together than we are separated!! ✊🏿✊🏾✊🏽✊🏼 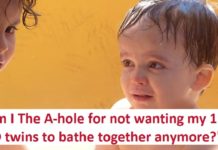 Woman Shares Her Incredible Transformation After 14 Months Of Transitioning