Steve Bannon is an ‘infamous’ white nationalist and former Trump administration official that amplified his bigotry in his lessons for far-right followers. In an interview with the leader of Promise Keepers, Ken Harrison, they railed against LGBTQ Americans. The organization is an all-male group dedicated to ‘help men live with integrity’, and in the interview, Harrison said that LGBTQ Americans are ‘destroying the identity of American people’. He also called for Christian men to unify against the rights of LGBTQ people.

Ken Harrison of the ‘Promise Keepers’ says he is organizing a rally of “80,000 christian men” this July in Dallas Cowboys’ stadium, to fight against the LBGTQ agenda to “destroy the identity of the American people.” pic.twitter.com/76d9G3UbPy

Harrison also claimed that trans women are men, and he pretended that their existence is somehow new.

He then went on to say that he will be hosting an all-male Christian convention in which he would combat the recognition of LGBTQ people’s humanity. Yes, you read right.

This is how the internet reacted to this absolute non-sense:

JFC. These people are the most UN-CHRIST-LIKE aholes https://t.co/tjElewuNM3 pic.twitter.com/L3VZEzXPLu

What is wrong with these people? https://t.co/CQGobzDE4P

Why is it so hard for these people to let others live the life they choose?

Why is someone else’s life choices such a threat to them?

Wonder how much that event cost the sponsors? How does Cowboy nation feel? The Dallas Cowboys team? Now branded as ……? 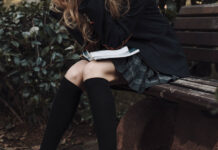