Home Women 99% Of Women Say They Made The Right Decision 5 Years After...

To add to that, the study noted that 95 percent of those surveyed felt that they had made the right decision immediately after having an abortion. 99 of them felt they had taken the right decision within a span of five years, and many celebrities have opened up about having abortions in the last year. Busy Philipps and Jameela Jamil recently spoke about getting an abortion when they were starting their careers, and Jamil called it the “best decision she has ever made”.

The study was conducted by ANSIRH, and it shows that even though women might experience some negative emotions immediately after having an abortion, the majority of them feel that they’ve made the right decision in the long term.
The responses of 667 different women from 30 different places in the U.S. were analyzed by the researchers from the University of California at San Francisco, and the goal of the study was to find out how abortion affects women physically, emotionally, socially, and economically.
According to The Washington Post, all of the participants were asked about their feelings about having done the procedure, and they were contacted at regular intervals, starting from one week after the procedure was done, and then twice every year since then.

The authors of the study wanted to study the stigma around abortion, and how women looked back on their decision with time. The study shows that the emotions, whether they were good or bad, faded with time.
The lead author of the study, Corinne Rocca, said that one interesting finding is that the intensity of all emotions is very low. 51 percent of the participants said that they experienced positive emotions a week after getting an abortion, 17 percent of them said that they had experienced negative emotions, while 20 percent said that they didn’t experience any (strong) feelings about their decision.
Around the five year mark after having the procedure, more than 80 percent of the participants didn’t have any negative emotions.

Yesterday, the governor of Georgia signed a bill effectively banning abortion in that state. Georgia is the 6th state to pass such a bill and there are 11 states where similar legislation is pending. I get why people feel strongly about abortion(I really do-read my book), BUT I also know that women and their doctors are in the best position to make informed decisions about what is best for them. Nobody else. I spoke about my abortion last night on my show because I won’t be silent while women’s rights are stripped away.

So, the myth that women tend to experience negative emotions and regret after having an abortion has been busted with this study.
Rocca said that all the claims that negative emotions will emerge over time, or the myth that has persisted for decades without any evidence to support it, is finally clear. She added that relief was the strongest feeling women had after having an abortion, and it was the only constant feeling over the course of years. 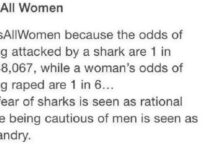